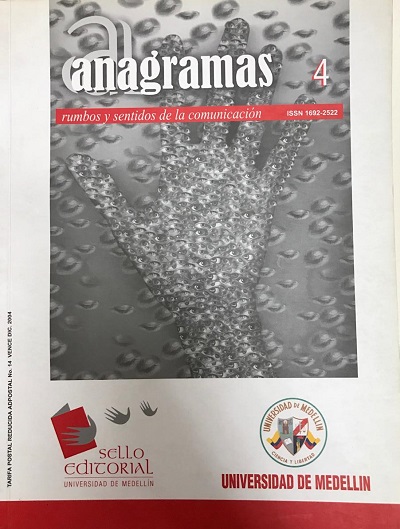 The text goes through a vast bibliographical journey in order to present and hold the functions, structures an location of the communication offices in the Spain organizations. The article is based on a research done whit 300 communication units in Andalucía, Spain.

This article aims to demonstrate how the speechs known as being of the communication field are appropriated by the labor world as part of the strategy to build the consensus around the enterprise goals, establishing one approach of the citizen as consumer In this paper we analyze the importance of the communication in the labor world by means of the transformations that happened starting from the restructuration of the production processes and the use of information technologies. As well, through the analysis of the concept of communicative action and communicative reason that have being in the strategies of speech changing of the internal communication vehicles of the big corporations. This way, we want do demonstrate that the communicative rationality do not consider the social praxis in the understanding of the comunication.

This article is an approach to the concepts of Culture and organizational culture from different theoretical perspectives. Furthermore, it aims at establishing a relationship between the notions on communicative interaction and organizational culture, expounding two possible hermeneutic models in order to approach such an issue.
More.. PDF (Español (España)) PDF
Abstract PDF (Español (España)) PDF
Articles
The art of speaking for another. Spokesmen: Stories, notions and ideas
John Jaime Osorio Osorio
Abstract 904

The art of speaking for another. Spokesmen: Stories, notions and ideas

A spokesperson is a speech-holder, that is, a person designated by an organization in order to express the authorized messages on its behalf. His/her work is transcendent since the opinion or information delivered to a specific public operates as a guide for decision makings, so that those who receive the message would adopt a position towards the organization.

Much more than mere technical recommendations on how a spokesperson should operate, this text presents some stories and anecdotes in order to illustrate its tran­scendence in the organizational communicative processes, its formation needs, the communication abilities it requires, and some clues so that the organizations make take advantage of their stardom role in critical moments.

The creation of public opinion Do I publish or private matter?

This papers presents a series of approximations and approaches to the subject of PUBLIC OPINION not only as a phenomenon typical of public affairs, but rather, furthermore, from within its PRIVATE approach and Cosmovision.

In effect, and despite the fact that the paradigm of PUBLIC OPINION is identified with postulates of manifested, visible, accessible, and collective interest, that is, from its PUBLIC dimension, this paper aims at demonstrating that it is the contrary dimension (the PRIVATE) that, ever since then till today, has made an appropriation of the PUBLIC OPINION making us believe that the street protests, the expositions expressed by the so called Opinion Leaders, and the opinion polis made public through mass media are the people’s own manifestations and which reflect the public thoughts over the issues affecting a majority.

Inclusively, and without being whatsoever boastful, our intention is highlighted within the premise that a vindication of that which is PUBLIC is urgent and immediate as an alternative to save the true dimension of PUBLIC OPINION, and thus affronting the series of problems the country is living, especially those related to the collective ideals, among which is the ever-evasive PEACE

A dimension is, in general, a space and a time through which some individuals, who may experience some events, develop their activities. It is an aspect or a facet of something. This text expounds how in the middle of the crisis, Colombia has entered an unknown dimension. Communication has turned into a possibility to search for a new phase for the country, since Colombians have lost hope and started to assume that this is a permanent state and not a circumstantial affair.

The means have been quite inferior to the challenge ex-pounded by society. A nation that lives a reality like ours can hardly boast about having a good communication; there-fore, this text approaches how a Colombian perceives the crisis through his own experience, the experience of others, and through the media.

After expounding facets of massive and alternative means of communication, the text proposes communication as an alternative for the building of a different nation: a task which should be addressed from within institutions, companies, the various community groups to include new perspectives in the processes of intra-personal, interpersonal and mass communication..